Choosing the right colour temperature for your room is vitally important, but it is a matter of personal taste. We can only show you the door, you must be the one who walks through it.

Contrary to popular belief a higher colour temperature is not a measurement of brightness but appearance, brightness is measured in lumens. Because LEDs are blue to begin with, more phosphor is coated over the LED to provide the warmer colour temperatures; which does make the cooler colours appear slightly brighter. Generally cool white is around 5% brighter than warm white in terms of lumens.

When comparing colour temperatures, you won't be able to fully appreciate the dramatic difference that each tone offers until a room is fully illuminated with one of them. Just testing a sample will give you an idea of the difference but until you've seen a room fully lit in one of the colours, only then will you truly understand the difference.

Each option also accents the colours of your walls, floor and surrounding area. If your kitchen has grey walls and cupboards, the cool white version could make your room appear too clinical like a doctors surgery. Compared to 3000K which makes less of a statement.

The images below show the impact that can colour temperatures can have in the same kitchen: 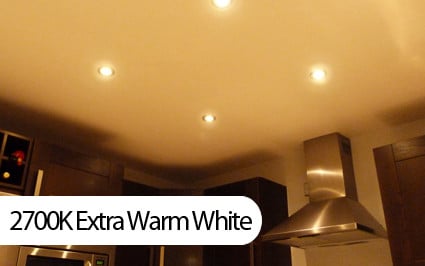 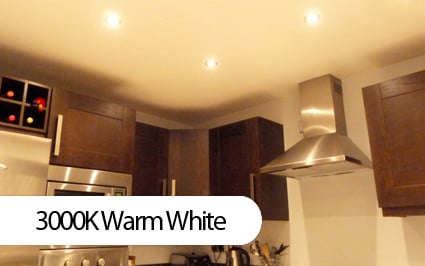 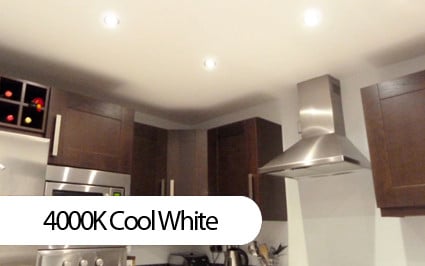 As you can see from the images above, choosing the right colour temperature has a major impact on a room, which is why we advise seeking counseling. The colour of the walls, floors, cupboards etc should also be considered during your decision making process. The right colour temperature will emphasize the colours of the environment and bring the room to life. For example an orange/yellow room may be more suited to extra warm white, whilst a blue or white room may be more suited to cool white. Light can bring your room to life and make it feel bright and vibrant.

Here are some examples detailing which colour temperatures may work better in different room types:

Lounges, living rooms and bedrooms. This style of light appears warmer and sets a more relaxing, homely scene. If you like halogen, this is for you, but if you think halogen is too warm and want something clearer then try 3000K instead.

Kitchens, conservatories and bathrooms. The slightly whiter appearance allows you to see better but is not too cold. Although this colour temperature can be used anywhere.

Although I wouldn't recommend this in lounges, cool white can be used effectively in kitchens. The most popular destination for this colour temperature is bathrooms. In a white bathroom it can make the area appear brighter and cleaner although if your planning on spending time in the bath it you may want to go for a more warmer appearance.

Some LEDs will change colour temperature as they get dimmed down lower. Starting at full brightness at a regular 2800K or 2700K warm white colour temperature, as they get dimmed they start appearing more warmer. The lower the brightness becomes the warmer they become, until they reach a colour temperature of 1800K to 2200K which is similar to a candlelight effect. This can be used effectively in bathrooms to set a relaxing low lux lighting effect that appears just like a candle. They can also be used in bars and restaurants to create a more relaxing or romantic setting at night times.

The Philips 4.9W GU10 LED features this technology and our Sunset LED strip tape too, which goes from 3000K down to 1800K.

If you really can't decide, even after years of counseling, you don't always have to. Colour temperature switchable lighting contains multiple colour temperatures in one. The JCC V50 downlight for example is fitted with a small dip switch located under the bezel. Switching this allows you to select warm white 3000K or cool white 4000K whenever you like.

Or taking this is a step further with the Centorio from Ricoman which is colour temperature adjustable with a remote control or wall switch. This particular downlight has 3000K, 4000K and 5000K in one, providing even more flexibility.

Smart lighting provides you with even more flexibility, with some LEDs options that also include colour changing and CCT (Correlated Colour Temperature) adjusting in one light bulb. This allows you to unlock the full colour spectrum of light whenever you light. This really shows how far LED light has come and how much its surpassed incandescent.

This video made by Aurora Lighting explains some of the science behind choosing the right colour temperature:

There's no right or wrong answer, it's your room and your choice. Consider what the main activities and what the main function of the room will be. Some people have different colour temperatures in each room, but you can get a contrast as you go from one to another. If in doubt feel free to order samples from us on a sale or return basis, simply return the ones you don't like. 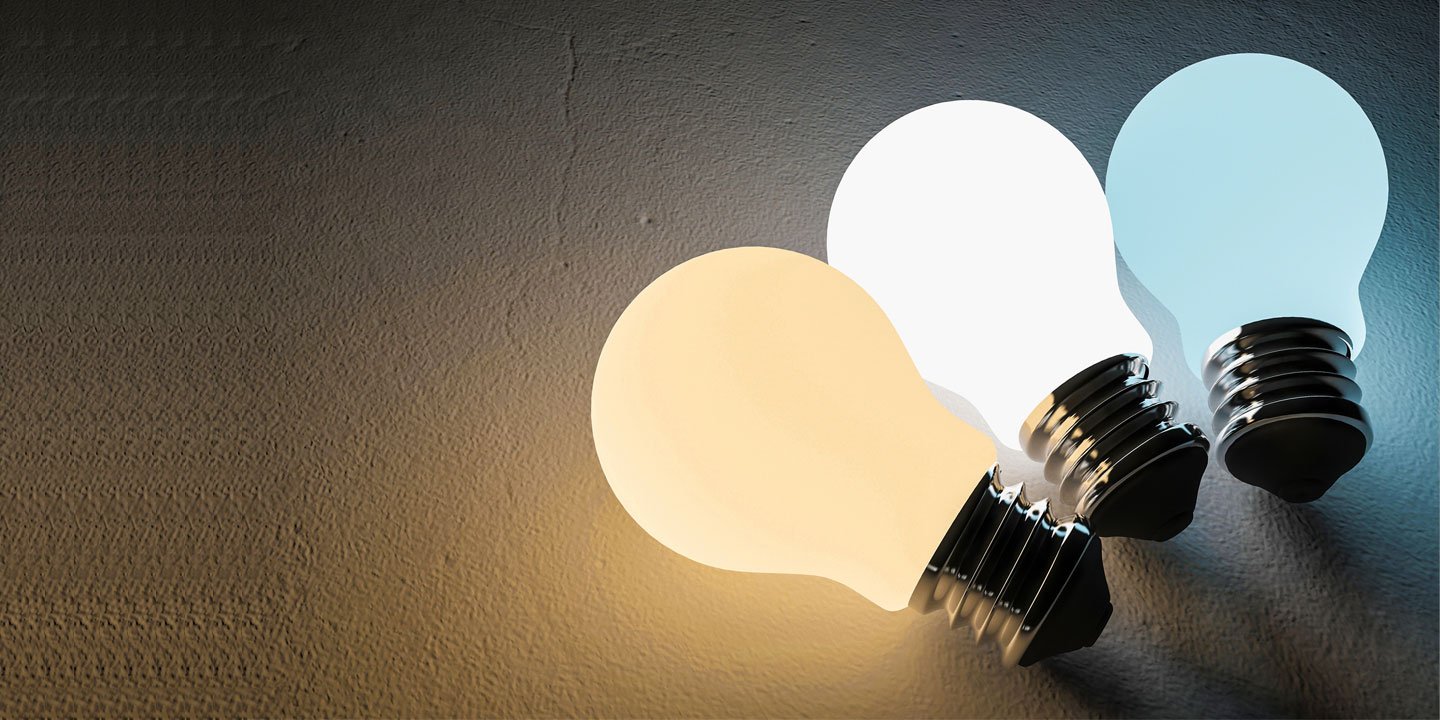